On the 30th of June, the EOS price line appears to rest near the $2.35 level. While the crypto analyst Trading Guru believes that the price will complete the bear flag pattern, the cryptocurrency still trades above $2.35. 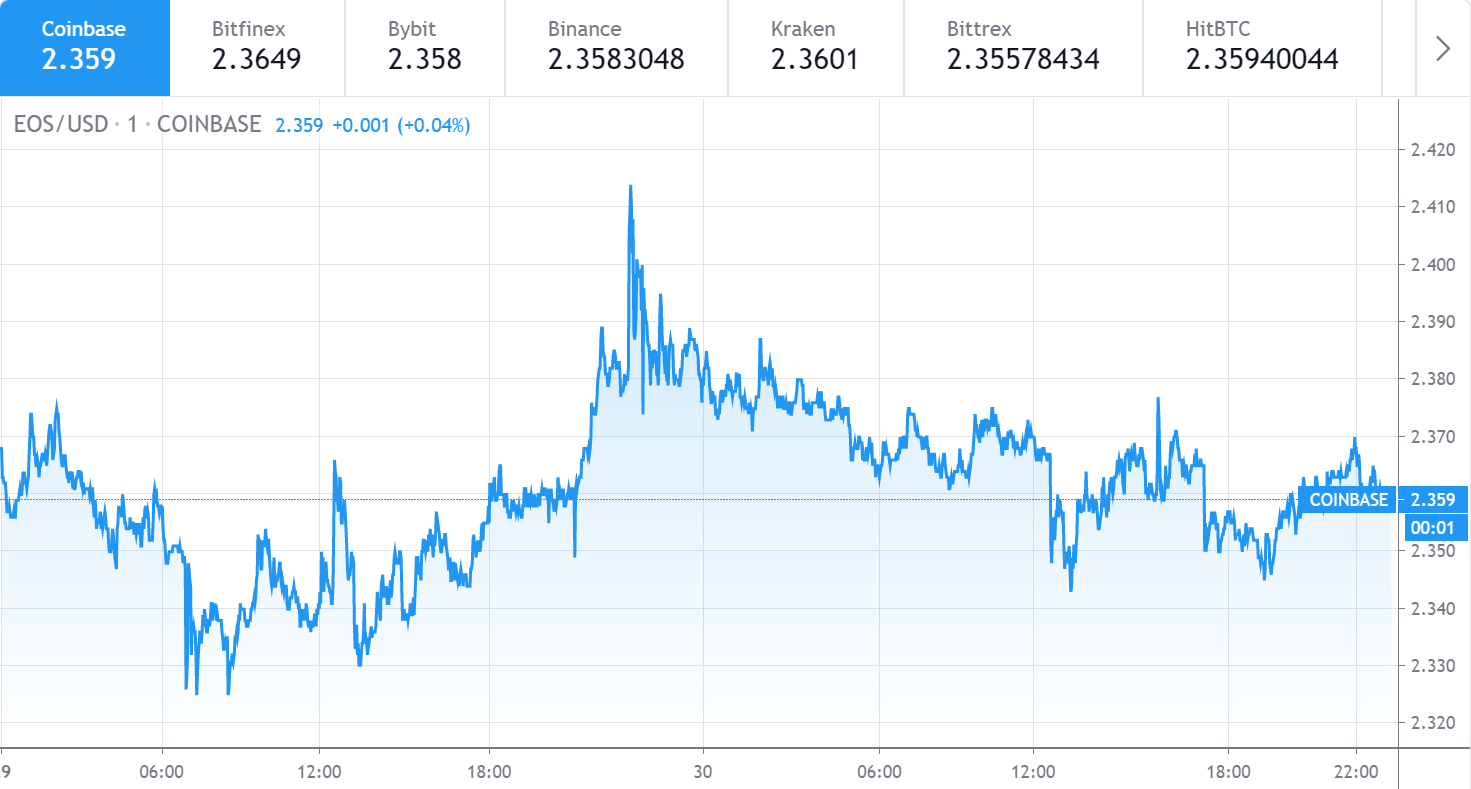 Trading Guru, the TradingView analyst, believed that the EOSUSD pair will fall towards the $2.25 level.

As per the idea, the EOSUSD pair broke below the horizontal resistance near $2.40 on the 27th of June, after which the cryptocurrency’s price crashed towards the $2.24 mark. The trading pair drew an ascending parallel trading channel for the 28th of June.

The coin’s price climbed across the $2.38 mark in the trading channel, after which it was expected to break below the ascending channel, as stated in the idea above.

The analyst explained a bear flag as a bearish continuation pattern that is formed after a crash, after which an ascending channel is formed due to the price bounce. If the channel is broken downwards, another downtrend can be expected to form.

The analyst expects this idea to play out as a bear flag as well; however, the price line appears to vary in the $2.340 to $2.370 range. The idea is yet to complete, but if the price line continues a bearish trend towards the $2.3 mark, then this idea will be completed.

The analyst also suggested a short trade due to the ascending channel, where the target price was expected near the $2.40 mark. This trade set-up approached the take profit on the 29th of June.

Chinese keeps coming up with disease after disease, issues alert on suspected case of Bubonic Plague in one of its cities

Grounds for justification: Bisi Alimi says Homosexuality was not a criminal offence in Africa until colonizers masters came