Whale Alert has reported that somebody made seven mammoth-sized Bitcoin transactions. Each of them beared between 27,000 and 39,000 BTC, totalling 241,175 BTC all-in-all.

$2.2 bln in BTC moved without banks

The transfers were made one after another, each bearing 30,000 BTC on average. 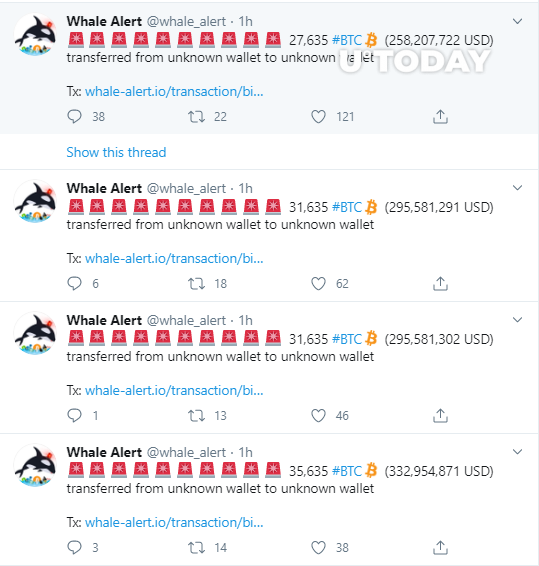 Image via @whale_alertThe transaction data shows that some of the sending and receiving wallet addresses were used twice. Thus, six unidentified BTC wallets were involved in sending this gargantuan amount of crypto.

The fee per transaction constituted less than one US dollar. 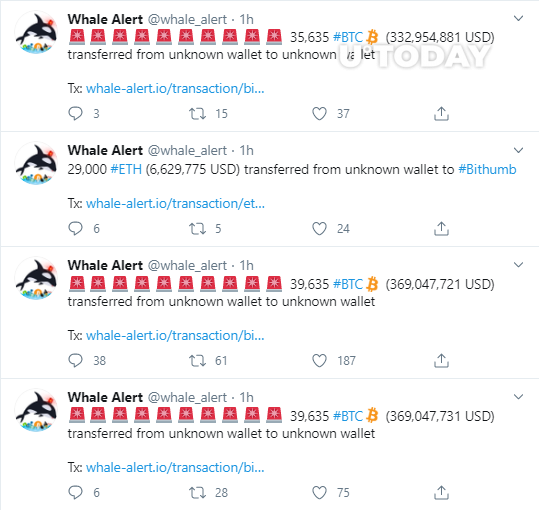 Image via @whale_alertWhale Alert has, however, commented that all these massive BTC wires may have been a change of transactions.

The data shows that in less than one day, this number increased by about 1,000. 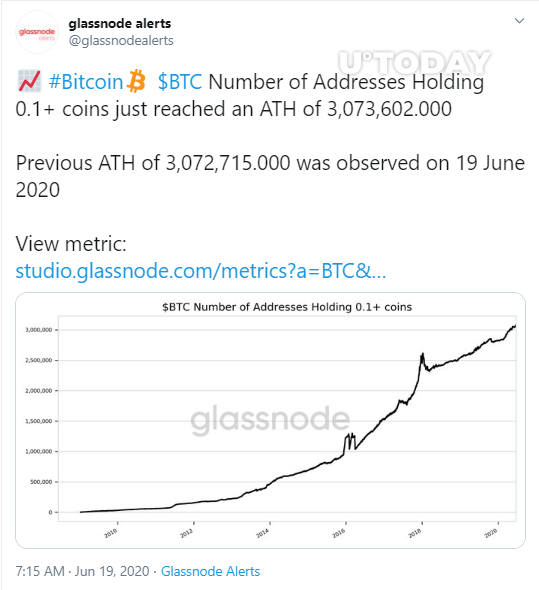 At the time of writing, the flagship cryptocurrency is continuing to trade in a range, exchanging hands at $9,303.

Bitcoin has been stuck in this trading range since its recovery from under the $9,000 level on June 15, after briefly hitting $8,999, according to figures from CoinMarketCap.

Analysts, however, remain bullish and expect BTC to skyrocket towards $11,500, provided that Bitcoin holds in the $9,300 zone.

Chinese keeps coming up with disease after disease, issues alert on suspected case of Bubonic Plague in one of its cities

Grounds for justification: Bisi Alimi says Homosexuality was not a criminal offence in Africa until colonizers masters came