After weeks of consolidation, many investors were happy when Bitcoin surged seriously higher starting a few days ago. Institutional traders via the CME’s futures market, though, may not be as pleased.

Data shared with the Commodity Futures Trading Commission (CFTC) indicates that most institutional traders in that market are bearish. 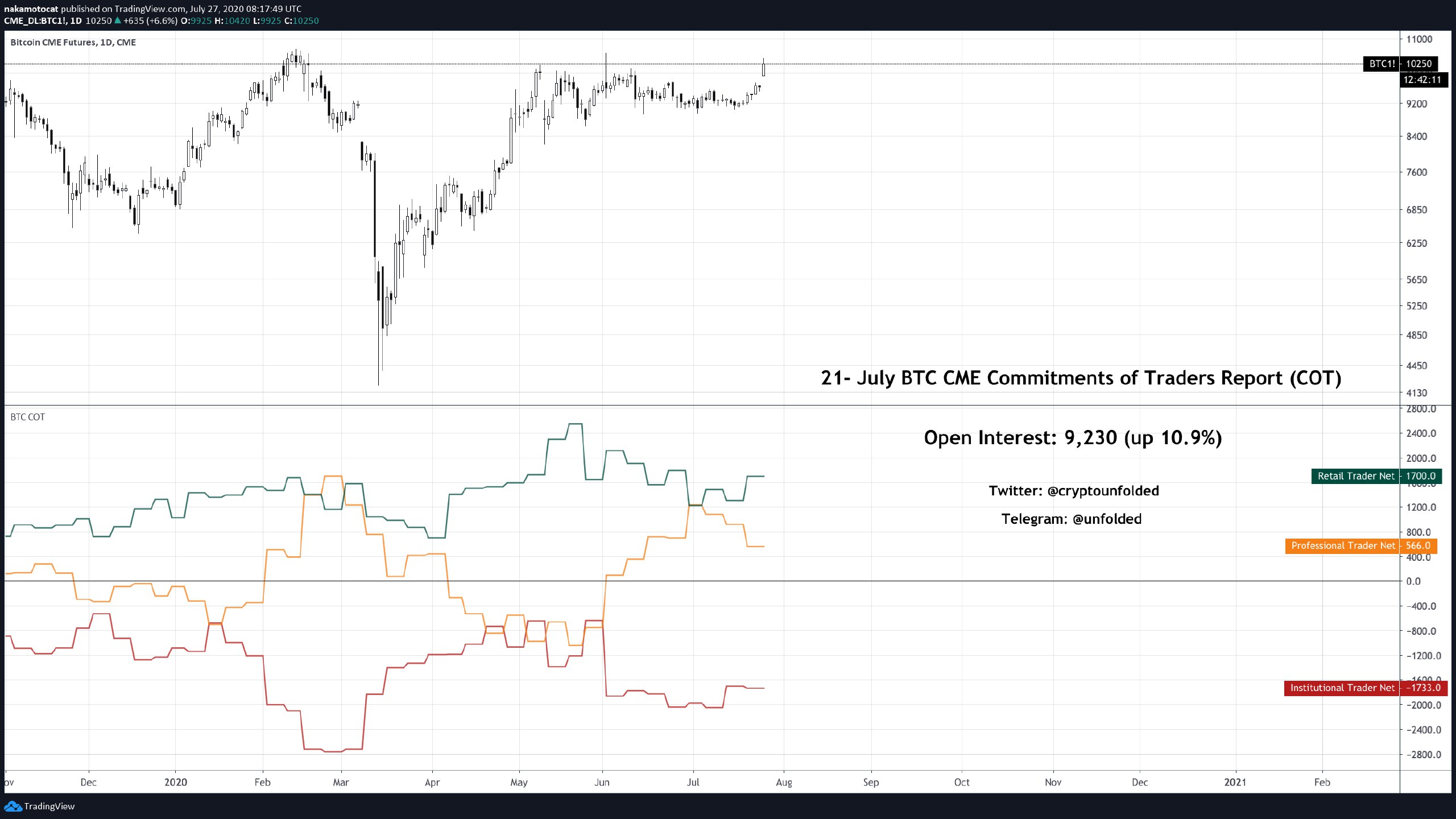 Chart of BTC’s price action over the past few months with Commitment of Traders data from the CME by Unfolded. Chart from TradingView.com

It is important to point out that this “smart money” has historically predicted price action well.

As can be seen in the chart above, institutions built up a large Bitcoin short before the crash to $3,700 in March. And prior to that, at the much-awaited launch of Bakkt’s futures, there was also a large short position formed before BTC slipped big time.

Long-Term Bullish on BTC and Cryptocurrency

Grayscale Investments, the New York-based digital asset manager, reported earlier this month that it saw a record quarter of investment. In its Q2 report, the company wrote:

“Grayscale recorded its largest quarterly inflows, $905.8 million in 2Q20, nearly double the previous quarterly high of $503.7 million in 1Q20. For the first time, inflows into Grayscale products over a 6-month period crossed the $1 billion threshold.”

Analyses have found that Grayscale has seen such inflows that its products recently were absorbing more Bitcoin than there was being mined. The company mostly services institutional investors like hedge funds.

That survey suggested that a majority of institutions surveyed see at least one reason why cryptocurrencies are attractive in an investment portfolio. These reasons include crypto being uncorrelated, an innovative technology play, or an asset class with a high potential upside.

In Georgia and Wisconsin, smoother elections this time – with a few glitches

BBNaija: Nengi reveals why she stayed away from Prince

New Zealand moves up alert levels: What you need to know